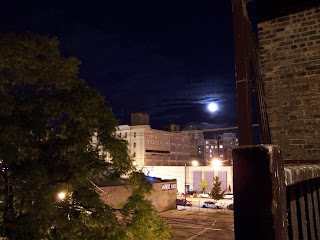 7:17, Location not specified – Caller says someone is throwing bottles as passersby.

8:02, Lawrence and Sheridan – Report of 3 shots fired from a red car in the JJ Peppers parking lot. Unit at Ainslie and Sheridan reports they did not hear anything.

8:18, Morse Ave. – “Quality of Life” mission. Not sure what this is, but it sounds like a general cleanup of the area.

9:19, Touhy and Glenwood – Attempted sexual assault. Male black grabbed a woman and attempted to rip her clothes off. Victim was able to break free, the offender then fled south on Glenwood. He is wearing a white shirt and black do-rag.