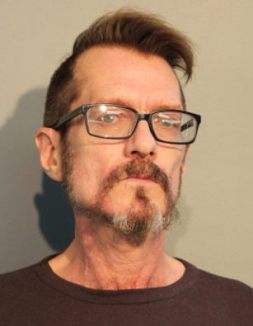 Andersonville Residents Ask For Mayor’s Help As They Await IEPA Ruling That Could Save Hundreds Of Mature Trees In Chicago Reviewed by Edgeville Buzz on July 12, 2019 .

When it comes to saving the mature trees in their neighborhood, Andersonville residents are proving to be a strong, close-knit group that will not back down until every option is exhausted. In a letter sent out to the office of newly elected Mayor Lori Lightfoot, they are seeking her help to save 14 mature trees […]

When it comes to saving the mature trees in their neighborhood, Andersonville residents are proving to be a strong, close-knit group that will not back down until every option is exhausted. In a letter sent out to the office of newly elected Mayor Lori Lightfoot, they are seeking her help to save 14 mature trees […] When it comes to saving the mature trees in their neighborhood, Andersonville residents are proving to be a strong, close-knit group that will not back down until every option is exhausted. In a letter sent out to the office of newly elected Mayor Lori Lightfoot, they are seeking her help to save 14 mature trees slated to come down in Andersonville and further protect a hundred or more others scheduled for the same fate.

The Andersonville trees in question are in conflict with the installation of drains according to IEPA (Illinois Environmental Protection Agency) Title 35 water sewer separation requirements and the Chicago Plumbing Code. The work is part of a large-scale project in Andersonville and around Chicago that has been replacing water mains and sewage pipes which have been there as long as the trees. The residents who live in the area fought hard to keep the trees from being cut down, but in the end Commissioner Randy Conner of the Department of Water Management announced in June that his department made a final decision that they will need to be removed to make way for the project.

But what is frustrating Andersonville neighbors even more is that there are options available to save the trees in the form of new technology that is already helping other Illinois cities with similar circumstances such as Cured-In-Place-Pipe (CIPP) and directional boring. In addition, residents feel as though they are not being taken seriously regarding possible solutions.

“We have not received any real explanation from the Water Department,” said East Andersonville Resident Council Tree Committee Chairperson and EARC Block Rep. Lesley Ames. “No explanation why a variance by the ILEPA would not be accepted. No explanation why directional boring is not possible. As far as we know, the details don’t add up.”

The process of directional boring is a trenchless method of installing underground utilities such as pipe using a drilling rig. That process is considered to use minimal impact and offers significant environmental advantages over traditional drilling.

CIPP technology however, sounds equally promising. The process, which is already been used throughout North America to rehabilitate underground pipes and water mains, involves inserting a woven liner injected with epoxy resin into the existing pipes giving them a brand new quality structure and another 50 years of life.

CIPP has been used in other Illinois cities such as Lombard, Rockford, Orland Park, Evanston and Arlington Heights. So why not in Chicago? The Chicago Department of Water Management told WBEZ in a statement, “There are very specific requirements set by the IEPA regarding the water and sewer separation in order to maintain safe drinking water standards. The lining of water mains is not technically feasible for a dense, urban setting like Chicago and does not make the water main IEPA compliant.”

That IEPA rule allows cities like Lombard to seek permits to use the lining instead of replacing failing watermains. In order to be granted the permit, the city must address the distance of the sewer lines from the watermains to avoid possible water contamination in the future.

The Chicago Department of Water Management feels as though the Andersonville neighborhood is too dense for CIPP as per the IEPA rules. However, there are other cities in North America such as Toronto that regularly use CIPP to avoid such problems.

“I think most residents understand the complexity of the issue and are not unreasonable,” Ames added. “But, what is unreasonable is when there are legitimate solutions on the table and the City is not taking them seriously to change the way they have done things in the past – especially when the world needs trees desperately to minimize the impact of climate change and to enjoy day to day life. It is irresponsible to not look at the big picture and find a new way of doing things.”

The good news for Andersonville residents is that the Mayor’s office has stepped in by putting a temporary hold on the tree cutting until a decision from the IEPA can be made regarding a change to its rule to allow CIPP. That hearing on the matter is expected on July 16.

A petition has been created for those who would like to help support the cause. If the new rule is approved, it could save hundreds of healthy, mature trees from being cut down in Chicago neighborhoods.