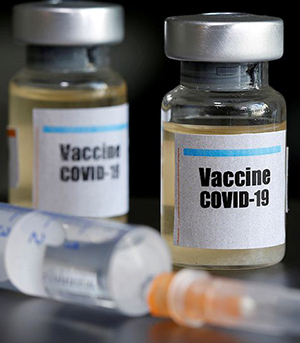 Edgewater’s Diverse Art Scene Continues To Attract People To Live And Work In The Area Reviewed by Edgeville Buzz on September 22, 2016 . Edgewater’s cultural diversity is well established. Yet its arts festivals are just as inclusive. Case in point: The Edgewater Arts Festival, scheduled for this weekend, Sept. 24-25.

The annual festival will take place between 1030 and 1140 W. Granville Ave. from 11 a.m. to 6 p.m. It will include music, food vendors, art sales, children’s activities, a pet parade and more.

“Art not only brings beauty in our everyday lives; it attracts people to a place,” Katrina Balog, the executive director of the Edgewater Chamber of Commerce, said in a press release.

Balog pointed to artists who visited Edgewater, noted its welcoming environment and chose to live and/or work and teach here.

“The diversity of Edgewater’s Kenmore-Winthrop strip is what attracted me to the neighborhood, along with the bike path and proximity to the Lake,” Tricia Van Eck, founder of 6018|North, an artist-centered venue for innovative art and culture, said in a press release.

A former curator at the Museum of Contemporary Art, Chicago, Van Eck grew up on Chicago’s southwest side, where there was no support of the arts, she said. She said she has a deep appreciation for the support that the arts community receives in Edgewater.

“The Alderman’s office works very hard to bring theatre and arts organizers together to brainstorm and to create plans for working together,” Van Eck said. “They work in tandem on big thinking as well as more ‘get-it-done’ details.”

That includes this weekend’s Edgewater Arts Festival, which will offer a blend of various types of items for sale. These include paintings, photography, hand-made jewelry, pottery, glass, illustration, mixed media and wearable art and fashion accessories from artists such as Amy Berman, Scott Fincher, Carol Arndt, Tom Germuska, Diana Gonzalez, and Judy Sachs.

The much-longer list of artists whose items will be for sale are just a portion of what the festival will offer, however. Also scheduled will be musical performances by The Fiddlin’ Casey Boys, the Chicken Fat Klezmer Orchestra, The Edgewater Singers, and more. From jazz, latin and classical music, to choral group performances, to pop/rock and country, the two-day fest will likely offer something unique to everyone.

“It seems to me that Edgewater is the jewel of Chicago at the moment,” said B Djokanovic, owner of Aartwerk Studio, which encourages art discovery and exploration in its BYO art courses.

“It is a well-positioned and fast-developing area, but it is still affordable. The Edgewater community is tremendously supportive. We have really hard-working people to thank: Edgewater Chamber of Commerce staff, the Alderman’s office and, of course, Rae Ann Cercle, the person who started Edgewater Art Festival and Artists in Motion.”

Djokanovic said Cercle’s initiatives helped people see Edgewater as a neighborhood growing into an arts-oriented community, and that support and networking provided from active members of the community are helping this vision grow.

Rebecca McNealy, who owns RAM Art Studio, is another artist who chose to open her business in Edgewater because of its supportive atmosphere. RAM Art Studio offers art classes and workshops for people of all ages, as well as paint-your-own pottery.

“We have felt very welcome in this community, and I can only imagine other artists have as well,” she said.

Julie Proudfoot added that, as a woman leader in the arts, Edgewater has embraced her work, celebrated her theater company’s unique mission and programming, and lent support in key ways that were and continue to be critical to her company’s success.

She is the founder and executive artistic director of Artemisia, a female-driven theater company that challenges its audiences to see women in a new light.

“The passion for art in Edgewater is vital, and many people contribute to that vitality,” Proudfoot said. “The spirit of inclusion and mutual support makes Edgewater a very special place to create and perform theater in Chicago.”

For more information about the Edgewater Arts Festival, visit www.edgewaterartists.com/edgewater-arts-festival.html.

For more information about the Edgewater Chamber of Commerce, visit www.edgewater.org.