Andersonville Candyality Will Be Closing Its Doors After 5 Years 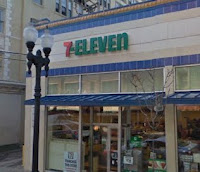 According to this report in the Chicago News Report, the 7-11 convienence store was robbed this morning just after 5AM. The robber was described as an African American male, 5’11”, and wearing a skull cap. He implied he had a gun and fled on foot after the robbery. Kudos to the Chicago News Report for their continued coverage of the neighborhood.