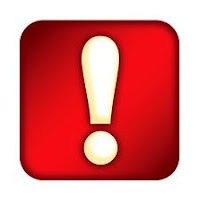 An attempt kidnapping / child abduction occurred in the 3900 block of North Lake Shore Drive on January 6, 2011 at approximately 7:20 am. A 12-year-old girl, while waiting for the CTA bus to go to school, was addressed by a man she had never seen before. After the initial exchange of “good mornings”, the girl realized that the man had maneuvered himself behind her. As she stepped away, the man asked if she wanted “to go to his apartment”. The bus arrived and she told the man no. The girl was careful to locate herself away from the man who had also boarded the bus.

The man exited the bus at Addison. The girl exited at Belmont and went directly to her school, where she reported the incident to staff and police.

The offender has been described as a Male, Black in his 60’s. He was approximately 5′ 05″, 140 -160 lbs., light complexion, brown eyes, long black hair and he wore glasses with a brown frame. He was wearing a brown jacket, brown pants, brown heavy rimmed glasses and a brown hat with ear flaps.

What you can do:
·Instruct your children on what action they must take if they are confronted by an unknown person.
·Assure you child that the proper thing to do is to tell what happened to an adult, preferably someone in authority.
·If you have any additional information concerning this incident contact the detectives at the number listed below or call 911.